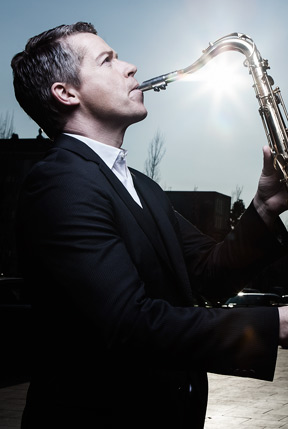 The Terri Green Project fuses classic soul and today’s rhythm and blues with a twist.

The songwriter, vocalist, producer Terri Green found her groove with composer, arranger & saxophonist Toddi Reed aka Torsten Abrolat have taken their band to the top of both the UK Soul and the US Indie Soul charts and kept the fire burning since their first #1 song Night to Remember in the UK Soul Charts in 2019. Followed by their sophomore album What A Feeling, which also reached #1 in the UK soul charts, they earned their first #1 -indie Soul Chart placement with Never Gonna Let. It appears the wheels are set in motion. For a very long career ahead of the duo.

In 2021 they produced, performed and cowrote the titles Sneaking out featuring Fontaine Burnett and Lost inside your love for brass kings, N.W.O. and reached the #1 spot in the US Indie Soul Charts, #2 in the UK Soul Charts as well as a place in the top 50 best songs chosen by the US Indie Soul Charts and received a presidents award this year for their efforts and presence in the scene. Their quest to spread “Grown & Sexy” soul to music lovers worldwide has been nonstop. Their sound mixes classical soulful arrangements with funky, grooving beats and bass lines.

The band was honored to be invited to play Germany's biggest morning show, ZDF Morgen Magazin, and the legendary BBC announcer, Tony Blackburn, hails their Dance Tonight "brilliant”. The duo alongside N.W.O. appeared on one of the most well known morning shows in Washington, DC, WUSA9, Great Day Washington premiering their latest video Lost Inside Your Love with N.W.O. The band earned song of the year from Laut Radio and Black planet radio for their single Sneaking out as well. Their single with NWO reached the #1 spot in the US Indie Soul Chart in 2021 and they were nominated for best duo or group and best female vocalist categories.

Terri has also penned and performed on the title Deep in the Night, under her dance persona Terri B! In the April 2022 major motion picture thriller Memory (Liam Neeson, Guy Pearce).

Terri Green, aka Terri B! is no newcomer to the music industry. She has topped the US Billboard Dance Club Charts three times at #1 since 2015. She has worked with some of the dance music’s biggest names including David Guetta, Avicii, Bob Sinclar and Roger Sanchez. In 1997 she began her career topping the top 100 charts in Spain & Italy at #1. She has over 70 million streams on Spotify with her original dance hit with Cazzette, Blind Heart and penned music for other global dance/pop artist. www.terrib.com

Terri and Toddi were clearly influenced by names like Donna Summer, Barry White, The Ojays, Earth Wind & Fire, Gladys Knight and Phyllis Hyman and other soulful legends. Paying homage to their greatness. The 60s, 70s and 80s were unforgettable times and the chance to recreate music that transcends hearts and souls regardless of who you are or where you’re from was key for the band.